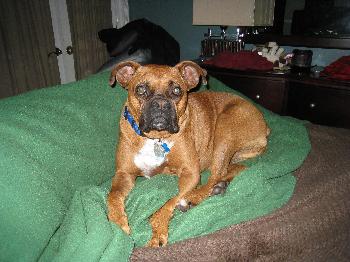 Xander
Xander came to us through LSBR in August, 2008. For 10 years he filled our lives with joy and love. It is actually he that rescued us. We thank LSBR for taking Xander in and letting him adopt us. Our dear companion may be gone but he will never be forgotten. 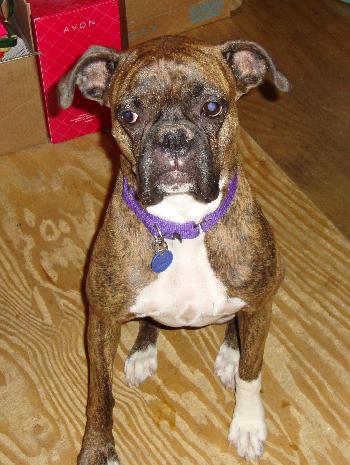 Our Xena came to live with us after being rescued from someone’s back yard. Apparently they fed her if they thought about it so she was a skeleton with skin and demadex mange. She had no friends on this planet and did not know what to expect.

She was so afraid that she would not even go into the kitchen for a drink of water. When she was given food she was afraid of the thing that came with it (the bowl) and would try to dump it on the floor because that was how she ate.

The first night was spent on a leash because it was the only way to stop her from slamming into the sliding glass doors. After all, her home was outside in the rain and thunder. She just knew she was going to be in trouble for being inside where there was a warm and dry bed for her.

There were these things all over that squeaked when you stepped on them but she was afraid to touch them. Then Beauty (our bull boxer) came over and picked it up, shook it and then put it down in front of her. Xena began to relax.

She learned how to go up and down the stairs that took her to a nice yard with balls and rattles to chase. She loved running with Beauty and Ben. Ben would try his best to catch her and succeeded when he took the short cut!

Xena was not in the best of health because she was not fed during her puppy years (months for us). She had a few issues but she learned what love was. She loved us and we loved her.

It was hard to let her go because she was so young and still small, she did not grow as big as most boxers because of her not so good start, but her soul was bigger than the grand canyon with all the love she had to share.

She will be missed in so many ways, but it is good to know that she is waiting with Ben at the bridge for me.

We miss you: Bertha, Gail and Bobbie