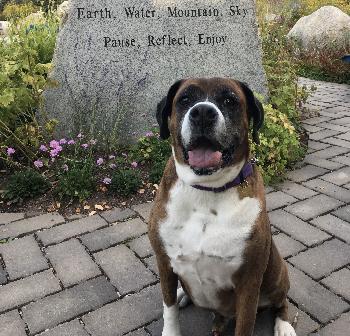 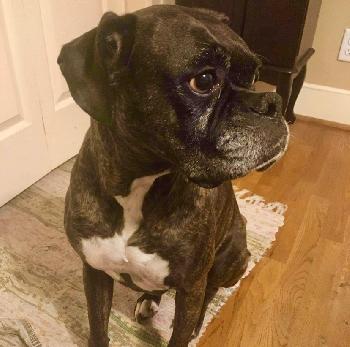 Ziva (formerly Raven)
To live is to die... I saw that extremely applicable graffiti on the side of a building on the way home from saying goodbye to this girl. She was timid and always a little scared, except when faced with a hissing opossum when she was A Big Brave Dog. She demanded attention, but not too much— just the right amount, or she’d take herself to the other room. She was always hungry, and would remind you it was time for dinner (or, an hour till dinner) by a series of high-pitched, plaintive cries— to remind us she was about to starve to death. She’d cry the same way if we tried to sleep in ‘too late’ on a weekend. Her brother loved her fiercely and she was patient and tolerant of his kisses and need to be touching her, just a little, when they were on the couch together. She was picky and particular and could be a mighty pain in the ass. I will miss her so much. I’m glad she let us hang out with her for seven years. #ZivaTheDiva 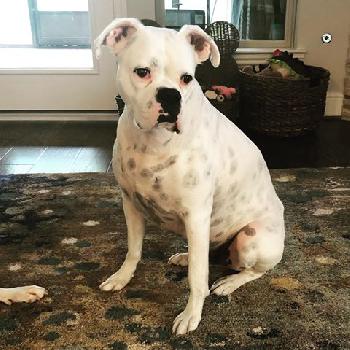 Wyatt
It’s with a very heavy heart that we said good bye to our sweet boy Wyatt (Bubby) yesterday. We are devastated. We rescued him in March of 2017 from LSBR. We only had him for 3 years and 3 months. The short time we had him were filled with so many wonderful memories that we will cherish in our hearts forever. We are going to miss his goofy and feisty personality, silly antics, his smile, and his demanding talks! Dogs deserve to be spoiled and he definitely was. He was more than a dog, he was our sweet baby boy. The bond he shared with his Daddy was so beautiful. He was the best dog ever and our hearts are shattered. He was so young and full of life! It’s just not fair! His fur sister Arya is so sad too. They were inseparable. We are forever grateful that he was ours! He was one in a million. We miss you Bubby. We love you with all our hearts. ❤️❤️ Thank you LSBR for helping all these sweet boxers. I’m sure we will rescue again when we are ready. They are the best breed ever. ❤️ 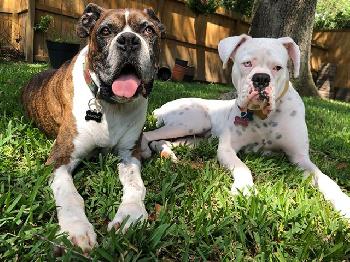 Moose
Dear LSBR, It’s with a heavy and bittersweet and loving heart that I’m here to say I lost my first LSBR adopted pup, Moose, after nearly 8 amazing years. He was, as everyone nicknamed him, The World’s Greatest Dog. He was my very best friend and became the absolute best brother to my second LSBR adoptee last August, Blue. He is leaving a huge hole behind, and he’s also left us with full hearts and memories, and I am so thankful. I may have rescued Moose on paper, but boy did he rescue me and everybody else in love and spunk and then some! Happy to have loved him, and so grateful for LSBR and the amazing work y’all do for the Boxer community. Looking forward to Blue’s next sibling sometime in the future. 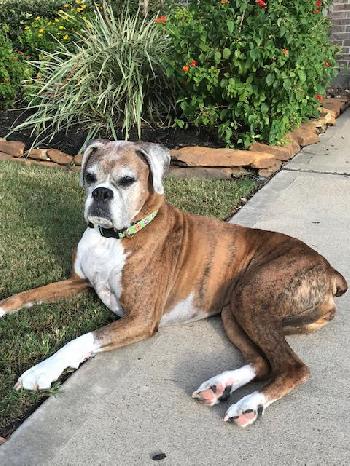